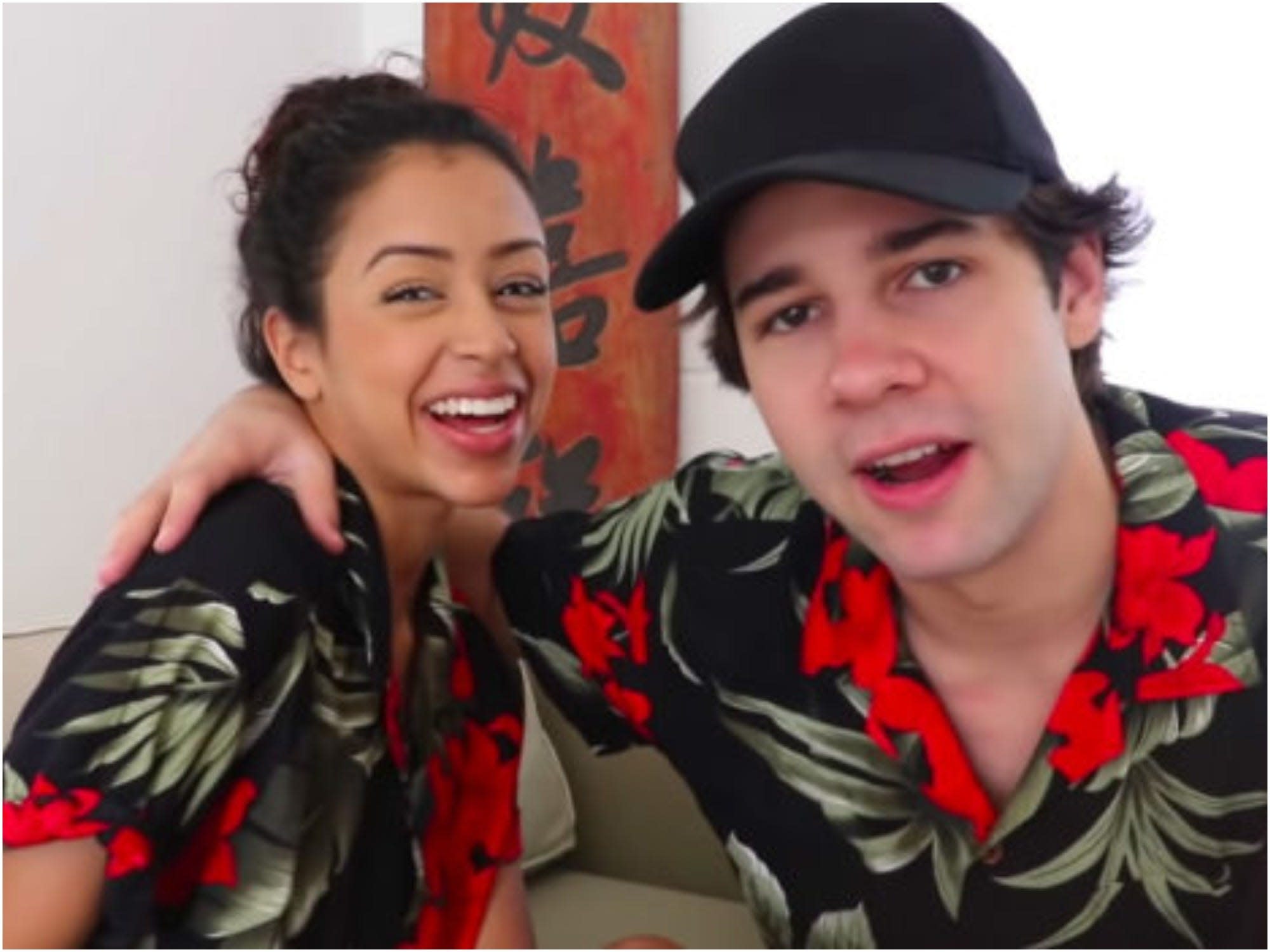 Liza Koshy posted a lengthy statement on Twitter apologizing for racially insensitive jokes in two of her past videos. She said she has experienced prejudice her whole life, but didn’t realize the harm she could be doing herself.

“It’s not racist, that’s like the sounds I hear when they talk,” Dobrik said, while Koshy said it wasn’t racist as long as she “kept saying no.”

The videos have resurfaced now since TikTok user @callmesukiwi said it was a “clear example of the normalized racism against Asians.”

“They’re trying Japanese candy and pretending to talk in Japanese as a joke,” the caption reads. “Isn’t that still … racist?”

Why is no one talking about this? It’s a clear example of the normalized racism against Asians @daviddobrik @lizzza ##fyp ##asian

Koshy said she was sorry by sharing a quote from Ibram X. Kendi.

“You can be someone who has no intention to be racist, but because you’re conditioned in a world that is racist and a country that is structured in anti-Black racism, you yourself can perpetuate those ideas,” it reads. “No matter what color you are.”

Koshy said the quote had been sitting with her since she heard it a few weeks ago, and she had been hesitant to speak about the Black Lives Matter and anti-racism movements currently taking hold in the US before the clips resurfaced.

“My work has been within but now I recognize and take responsibility for the times I was not the ally I am becoming today,” she wrote.

“Being anti-racist requires a personal reckoning, and I can’t in good faith continue to use my platform for progress without taking accountability myself. I am taking inventory, taking initiative and taking note that my impact and influence will weigh greater than my intention.”

Koshy said she thought the mock-Japanese was an “innocent” joke at the time, and she had no idea of the hurt it could cause someone.

“What might have been intended as ‘playful’ was actually to some, incredibly painful,” she said. “And for that, I am so sorry.”

She said being a woman of color doesn’t excuse her from the responsibility of recognizing her own biases, and she has sometimes “unknowingly perpetuated racist ideas.”

“I see now that some of my previous influences and my own past thinking, speaking and storytelling reinforced stereotypes,” she said. “I created characters of different cultures with the intent of celebrating them, but with the impact of appropriating them.”

“I am sorry to the beautiful communities I have caused hurt within,” she said.

Koshy concluded her statement by saying it takes individuals and collectives to heal and move forward, and this was her “resignation from ignorance” and “declaration as an ally in action.”

“I will give grace, make space and break these damn systems in place like my life depends on it … because too many do,” she said.

“Thank you to my guardian angels in life and online who have been gracefully guiding this growth of mine, and I thank God for my continued awakening.”

Dobrik has not yet responded to the resurfaced videos, and has not posted anything on his social media pages since the criticism started.

Tana Mongeau responded to accusations of racism and ignorance in her past: ‘I am forever sorry for things I’ve said’

Read the original article on Insider