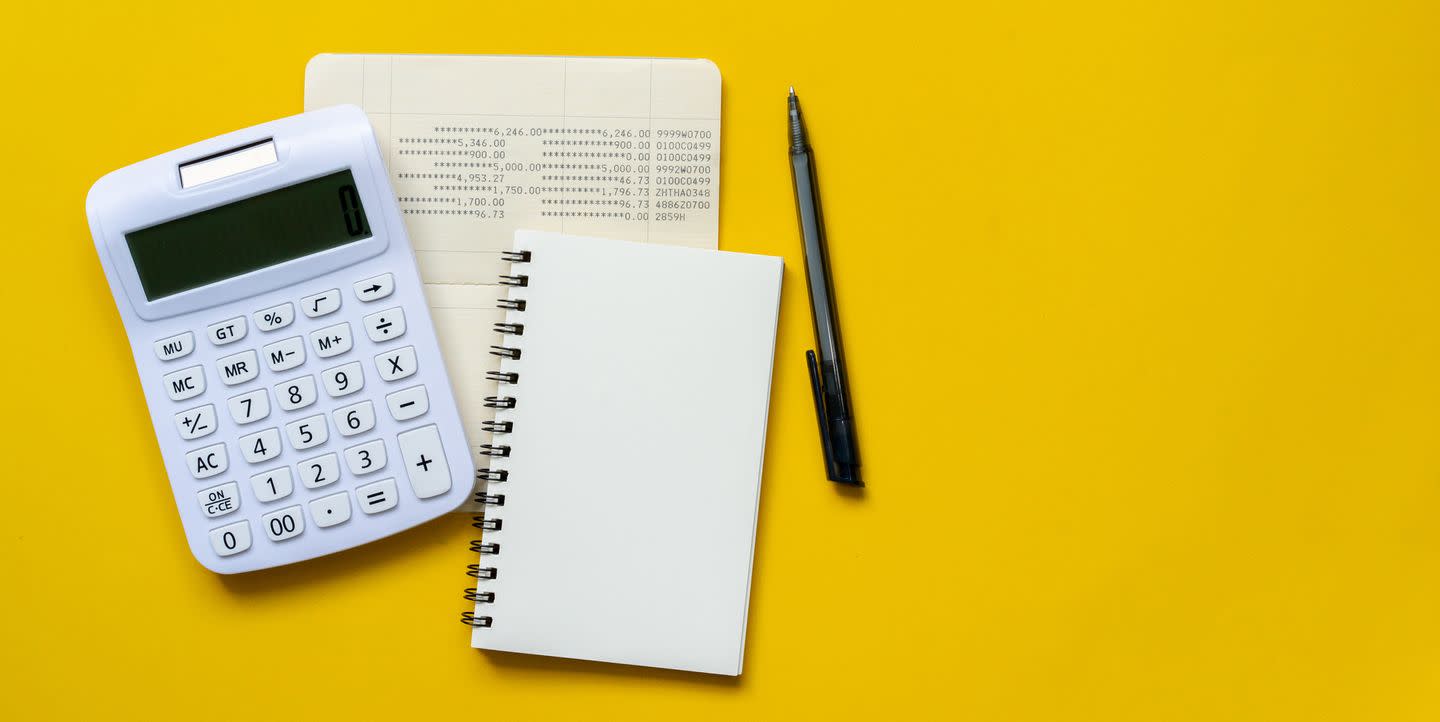 Asking yourself the question ‘How do I get out of debt?’ can feel akin to walking on a tightrope, blindfolded, while balancing a piano on your back… seemingly impossible.

It’s a feeling many of us might recognise, as research from the Young Women’s Trust shows over a third of females aged 18 to 30 are in debt, with 40% of us struggling to make our money last until payday. You can get support and advice from your bank but help can also be found from those who have been there and (not) bought the T-shirt.

Clare Seal, the woman behind Instagram account @myfrugalyear, has become an inadvertent financial guru after finding herself £27,000 in debt. Here’s her debt advice for making the first moves.

Budgets aren’t all about deprivation and saying no. “Now, I see them as a way of regaining control over your finances,” says Clare Seal, author of Real Life Money: An Honest Guide To Taking Control Of Your Finances. “A budget is simply knowing what’s coming into your accounts and what’s going out.” She advises looking back over your last six months of spending, to get a true sense of your outgoings, and using a spreadsheet that’s easy to edit. Set aside an hour to go through it every Sunday night too – it’ll help you start the week feeling prepared.

Pay off from high to low

If you have multiple debts, think about which order you should try to pay them off in, advises Clare Francis, director of savings and investments at Barclays. “Focus on those you’re being charged the highest interest rates on first,” says Francis. Loans and mortgages might be a lower priority if you can afford the repayments. For others, paying off the lowest amount of debt first might be a good method. “Owing money on one less credit card, store card or loan can give you a real psychological boost.”

Spending, Seal notes, like binge-eating or drinking, is linked to our emotional state. Feeling stressed? Buying those boots might help in the short-term, but not in the long-run. Small treats, though, can be helpful in ensuring you stick to a repayment plan. “Attempting to cut out all spending beyond the essentials isn’t realistic,” says Seal. “When you fall off, it’s likely to happen in a big way.” Cooking from scratch every night to save money while working full-time? “Allow the odd takeaway; give yourself a break.”

“Women are constantly sold dream lifestyles,” says Seal. “Make things easier by removing as much temptation from your social media accounts as possible.” Unfollow brands and influencers who make you feel less than perfect and unsubscribe from marketing emails. “On Instagram, click the three dots in the right-hand corner of an ad to hide it, then select ‘Not relevant’ as your reason why.” Ditto other platforms – hopefully then they’ll start showing you golf-break deals over new-summer-wardrobe ones.

Shake off the shame

“My money problems made me feel as though I was a wholly stupid and irresponsible person,” Seal admits. “It stopped me from asking for help – from the bank and my family.” To dispel this feeling, Seal advises grabbing a notepad and writing a list of all the areas in your life that prove otherwise. From things you’ve achieved in your career to your ability to ace difficult crosswords, scribble down anything and everything you’re proud of. “Separate your identity from the debt.”

Buy-now-pay-later schemes, like Klarna, are only a good idea if you really are able to pay later. “Many get suckered into the joy of buying and disregard the pain of paying,” Seal says. Instead, try to pay in cash as often as possible, rather than using a card. Watching the physical money leave your purse (ouch) makes it more tangible, rather than simply clicking a button and magically receiving an ASOS parcel in the post the next day.

“I really had to work up the courage as I thought they’d judge me,” says Seal. “It helps to remember that the person on the other end of the phone is human too, and nobody’s perfect – so many people who work in finance have money worries themselves.” She recommends calling on a day that you have no other stresses occupying your thoughts (e.g. a big work meeting), writing down a script and knowing exactly what you want from the conversation before asking for help.

Charities that can assist with debt management (such as StepChange, Citizen’s Advice and the National Debt Line), plus companies you owe money to, can also offer tailored support. “The Money Advice Service [set up by the government] has lots of information and guidance on budgeting and debt,” adds Francis. “As do Barclays Money Mentors, who offer face-to-face, or over-the-phone, impartial support and guidance too, no matter who you choose to bank with.” Rip the plaster off, it’ll be worth it in the long-run.

Cosmopolitan UK’s August issue is on sale now – buy it online with FREE next day delivery or subscribe here.