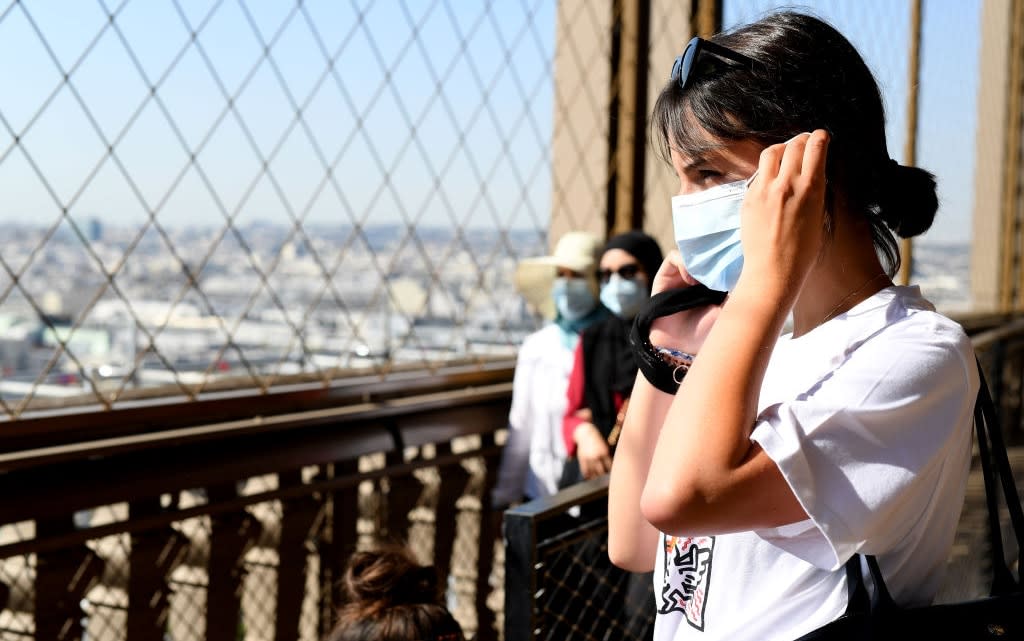 It was fantastic to be in Paris even if nothing had felt more tragic than the endless shilly-shallying over air bridges and the compilation of quarantine-exempt countries which had more ins and outs than the hokey-cokey.

As expected, the guillotine has fallen on travel restrictions. The Foreign Office dropped its warning for trips to France on July 4, and quarantine measures will not be enforced on either side of La Manche from July 10.

In normal years I make several journeys to Paris by Eurostar. Freed from the crushing drudgery of flying there are many things I love about Eurotunnel. The febrile pre-journey ambience of St Pancras concourse, an espresso and patisserie, the easy check-in, and the meal platter on occasional forays in Eurostar Premier. A cheeky little bottle of vin rouge sir, as it’s nearly midday? Hmm, don’t mind if I do.

Yet so early into what cannot be called a post-coronavirus era as infections persist, I wonder if my fondness for this journey might be tempered by watchful suspicion of fellow passengers? Have they got it? Have they not?

And what about Paris? Since early June, bars, restaurants and museums have been open, but with social distancing measures. Would I be reacquainted with familiar landmarks yet find the city’s joie de vivre, its Bohemian soul, virally mutated?

Nonetheless, a familiar tingle resurfaced arriving at St Pancras for the 0752 departure to Gare du Nord. Eurostar has had time to perfect precautionary measures as they’ve maintained a service of usually two trains per day throughout lockdown. Frequency will increase soon; already July 10 has four departures slated and demand is sufficiently high to push outbound fares to as much as £207 one-way.

St Pancras wasn’t as deserted as I imagined, and I hung back a bit as the first wave of enthusiastic travellers negotiated the Eurostar check-in. Face coverings are insisted upon. Two-metre floor markings were complied with, and staff usher you one-at-a-time through security scanners and passport control.

Inside departures, every other seat is unavailable to create spacing and the business premier lounge remains closed. You will enjoy easier access to hand sanitiser than beverages, as only Pret is open. The queue was lengthy. Bring a flask.

We were called to the platform 30 minutes in advance, as normal. Eurostar says around half the capacity of each train is being utilised to engineer social distancing. In economy, non-related passengers are spread out. If you’re solo, you will have a free seat next to you. The economy carriages looked around a third full, but I paid a £15 upgrade to a roomier carriage with just five passengers. Normally Premier passengers are served a light meal but there would be no cheeky Côte du Rhône for me (in truth it was too early) as on-board catering is currently unavailable.

Gavin, from Cambridge, was travelling with his partner, an NHS employee. They were desperate for a holiday and heading to the South of France. “It’s been difficult to plan anything with government advice changing almost daily,” he says. “But we didn’t want to travel without insurance so the minute FCO advisories were amended last Saturday we booked on the spot”.

Emerging from Le Tunnel, I felt a quickening pulse at familiar rolling monocultures of Hauts-de-France then Paris’s corridor of graffiti, so athletically located you might expect the taggers possess jetpacks. We arrived 10 minutes early.

Technically, I travelled four days before quarantine ends so should’ve been requested to voluntarily self-isolate. But no checkpoints enforced this, and I walked straight through Gare du Nord, suggesting, unofficially anyway, quarantine is over. The station was busy yet passengers waltzed around each other into little pockets of space like a masked Viennese ball.

I chose the hotel closest to the station, across Place Napoleon III, Hotel Paris Terminus Nord, part of a chain known as 25 Hours. I wanted to avoid journeys by metro, which is fully up-and-running. The hotel is bright and funky: ‘A playful hodgepodge of vibrant, colourful wall murals in street-art style… inspired by Africa and Asia’ – their words.

The receptionist Shaheem, from behind an erected Perspex screen, says they reopened on July 1 after shutting down on March 17. With only 33 rooms booked out of 237, he said they were desperate for UK travellers to return. Rooms are currently condensed onto two of the five floors and cleaned a day after guests depart to minimise the risk of contact with infectious surfaces. Breakfast, meanwhile, is served at the table ordered from a menu. No buffet.

Paris’s hot ticket that day is the reopened Louvre, shut for nearly four months. During my last visit in September 2019, I hurried turbo-speed through the Tuileries to overtake platoons of tour parties homing in on a once-in-a-lifetime opportunity for selfies with Mona Lisa. I vowed never to visit again during summer. Yet, with capacity restricted to a quarter of the normal, 7,400 visitors, who must reserve slots online, being able to dwell un-harried and ponder the finesse of great masterpieces seemed a significant reason to come to Paris right now.

Thereafter, I promenaded along the Seine to Pont Neuf and then back to the Arc de Triomphe where I toyed with the cheesiest photograph of the distant Eiffel Tower from beneath its arch. Yet overall, Paris felt subdued.

The non-stop hubbub around Gare Du Nord, remains. Middle-aged men still squeeze into tops that are too tight and regret nothing. Motorised scooters remain the devil incarnate. Yet bars and restaurants scarcely need the social distancing of more dispersed tables as there just doesn’t feel like many people around. I did not feel the depths of Hugo’s vertigo this time, more a sense of its relative liberation for my own lockdown soul.