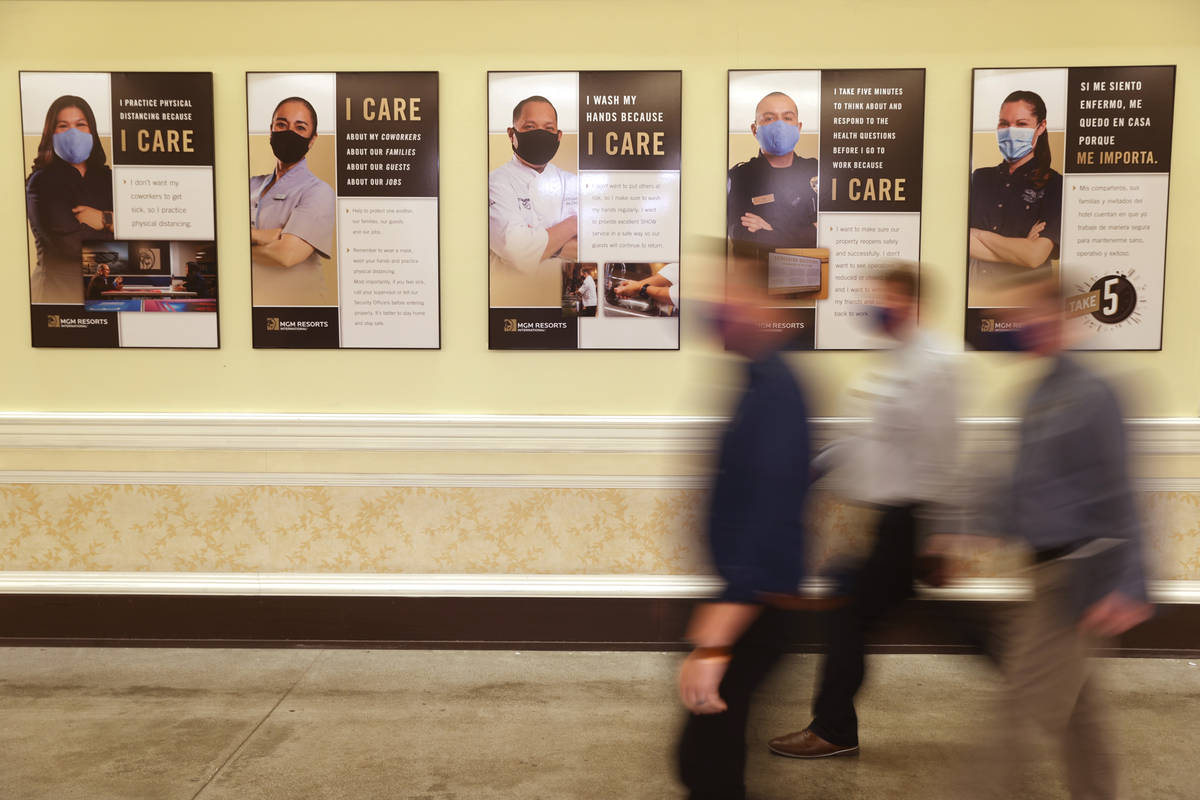 Culinary and Bartenders union members will have their family health benefits in place until March 1 of next year, even if they are currently laid off or furloughed.

The new agreement also includes two year recall rights for union workers who were laid off as a result of COVID-19, which means they can return to their same jobs with full seniority as business improves.

Negotiations began March 11, and the new terms cover roughly 36,000 union workers across 22 Strip properties, according to a news release.

“Behind every worker is a family, and we are proud to have partnered with MGM Resorts and Caesars Entertainment during this difficult time to ensure workers are protected during this pandemic and are not left behind when the economy recovers,” said Geoconda Argüello-Kline, secretary-treasurer for Culinary Local 226, in the announcement.

Spokespeople at Caesars did not immediately respond to a request for comment. An MGM spokesman declined to provide additional comments.

Other protections laid out in the agreements include:

— 10 paid days for quarantine initiated by the Southern Nevada Health District or employer;

— no attendance points or discipline to workers who call out sick or who are in quarantine due to COVID-19 symptoms;

— an opportunity for workers to accept a different job if more employees are needed;

— unpaid leave of absence for up to 6 weeks for workers;

— training for managers on how to respond when workers approach them with positive test results for the virus.

“We are doing all that we can to get our employees back to work as soon as possible,” said MGM CEO and President Bill Hornbuckle in a statement. “We thank the Culinary Union for their partnership during these difficult times and look forward to when we can welcome back more of our colleagues.”

Caesars CEO Tom Reeg said the agreement is “an important step in continuing to ensure our team members and their families are protected during these unpredictable times.”

The unions plan to negotiate the same protections for 24,000 workers employed at other casinos on the Strip and downtown, according to the statement.