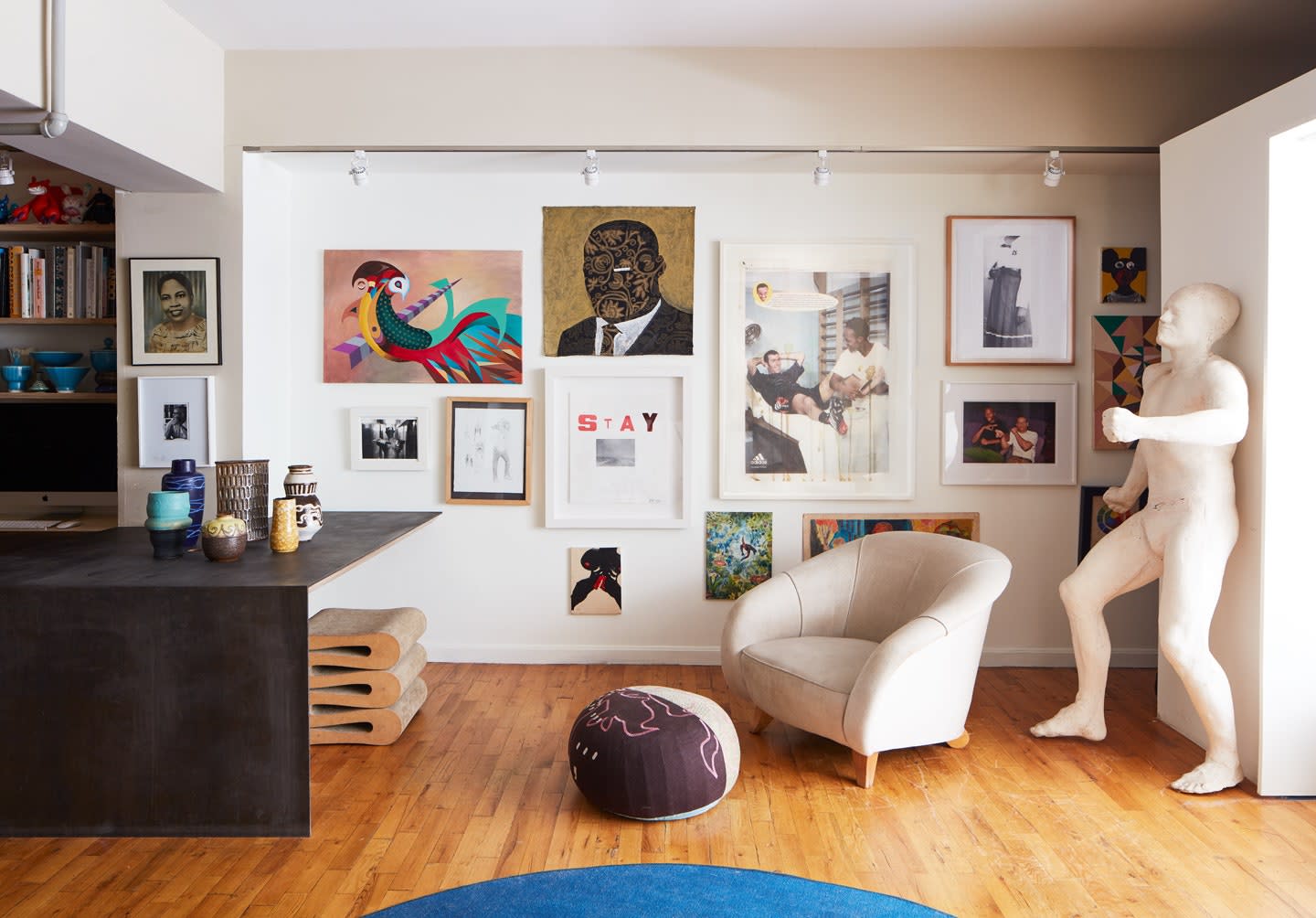 Nearly two months into the current Black Lives Matter protests, many activists are now asking supporters to focus their attention on economic inequality and to promote Black businesses.

Their energies will coalesce on July 7, a.k.a. Blackout Day 2020—when Black people and other people of color (along with their allies) are being encouraged to avoid shopping online or in-person. If you must buy something, it should be from a Black-owned business.

Blackout days have been introduced before, but this year’s campaign has particular potency. Originally conceived by musician Calvin Martyr and the Blackout Coalition, its purpose is two-fold, Martyr says: to put corporate America on notice and to bring attention (and money) to Black business owners, designers, and artists.

The Blackout Coalition’s social media describes it as the first step in a continued effort “to rebuild the Black dollar.” The timing couldn’t be more critical: As the COVID-19 pandemic continues to ravage the economy, Black Americans are being disproportionately impacted.

While the unemployment rate nationwide is 13.3%, among Black Americans it’s 16.8%—the highest in more than a decade. Only 5% of Black-owned businesses qualified for Paycheck Protection Program (PPP) loans, according to the Center for Responsible Lending. Unsurprisingly, 40% of Black businesses are not expected to survive the pandemic.

So while the Blackout movement is targeting July 7, “you shouldn’t see this as a one-day event,” Martyr says. “Immerse yourself in the Black community with intentionality,” he adds. “Tell yourself, ‘On Saturdays I’m going to go shop at a Black business or eat in a Black-owned restaurant.’”

Or, shop for design and artisanal products such as the carpets and ceramics created by Black craft-makers like Malene Barnett.

Barnett is the founder of the Black Artists + Designers Guild (BADG), which she established in 2018 after attending What’s New What’s Next, an annual gathering for interior design industry leaders in New York.

“There were no Black designers exhibiting or panelists,” Barnett recalls. “So I leveraged social media and called them out on it.” When the press picked up the story, Barnett added, the design industry’s response was “Well, we don’t know where to look!”

“I didn’t ever want to hear ‘I don’t know where to look’ again, so I launched the Guild.” It now includes more than 200 interior designers, artists, artisans, architects, and other creatives—many in business for decades.

“I was the first Black designer in the Kips Bay Decorator Showhouse,” he says. “And I don’t think I’ve worked with a Black-owned contractor in 20-odd years.”

This lack of economic opportunity is “at the heart of the crisis we’re experiencing right now,” says Ralph Richard Banks, a law professor at Stanford University and the founding director of the newly announced Stanford Center for Racial Justice.

“African Americans are less likely to own their own businesses. If they do, many are turned down for loans, relying on personal funds or credit cards to remain afloat,” Banks adds. “Often they are sole proprietors with paper-thin margins, leaving them vulnerable during financial crises.”

Banks sees campaigns like Blackout Day and designer Aurora James’s #15PercentPledge as helping to change this narrative of inequality.

“We’re beginning to reach a point where everyone in this country realizes they have a responsibility to make it better,” Banks says. “If Black businesses are thriving, then they’re hiring more. And they’re likely to hire Black workers. It’s a ripple effect.”

Barnett and others say supporting Black-owned businesses is a long-term process and Blackout Day should be seen as a starting point.

“Buying Black is something you should be doing anyway, whatever week it is,” Barnett explained. “You have to be conscious about it all the time.”

Other design and crafts folk working to foster focused spending include: Tayo and Cynthia Gordy Giwa, who run Black-Owned Brooklyn, which promotes the borough’s many Black-owned businesses. Then there’s HellaBlack, a Black-owned online marketplace, which will launch in August 2020, offering gifts, housewares, clothing, and more from Black-owned companies.

In 2016, Nikki Porcher founded Buy From a Black Woman, which maintains a business directory for everything from bedding companies like Mismatch Fabrics to SRW Engineering and Architecture, a residential and commercial firm in New York, New Jersey, and Pennsylvania.

Porcher says the impact individuals can make is inestimable. “Even if you just take just one product in your house—it could be toothpaste, or bed linens,” she says, “and replace it with a product made by a Black-owned business, it reminds you of your commitment every time you use it.”