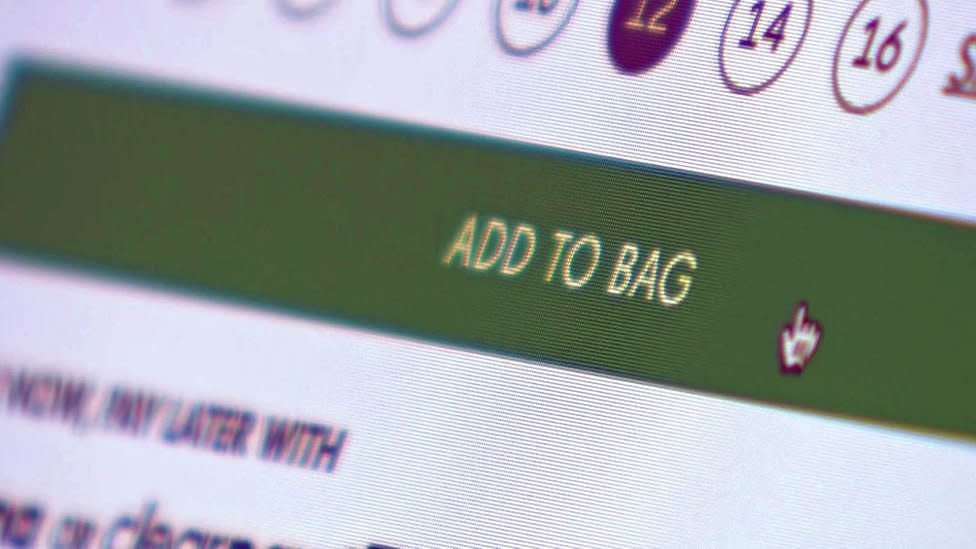 That includes a 105% increase in the number of running shoes purchased using its services, a 60% hike in beauty product sales and “significant uplift” in purchases of bicycles and cycling accessories.

However, as sales increased but more shoppers faced the financial uncertainty of lockdown, the company did tighten its rules on lending.

“Obviously with people’s financial circumstances changing during this period, we have constantly reviewed our policies around the type of customer that we accept,” Mr Griffiths said.

He says the firm is now only accepting customers who it believes will and can repay on time.

As a result, he does not believe Klarna will see an increase in defaults, despite rising levels of financial hardship

“[Klarna’s] default rate is less than 1% and we are working super hard to make sure that we are only accepting customers that can pay over time.

“If anything, it will be at the front end that we are rejecting consumers because we don’t feel they will be able to pay, rather than on the back end which is customers who are unable to pay.”

Klarna is just one of several buy now, pay later services that have seen enormous growth over the last few years.

It is used by eight million customers in the UK alone and is often displayed as a payment option across the websites of its many retail partners. The main other players in this growing market are ClearPay and Laybuy.

At the start of the year, a report from payments firm Worldpay suggested that these kinds of deferred payment services were growing at a rate of 39% a year and were set to double their market share by 2023, compared to 2019.

That means that buy now, pay later services are the fastest growing online payment method in the UK, growing twice as quickly as bank transfers.

But some consumer groups and debt charities have expressed concern over this growing trend for postponing payments.

Sue Anderson from the debt charity StepChange says they are seeing a rise in the number of people seeking debt help who have outstanding buy now, pay later debts.

“Buy now pay later is marketed hard to consumers on the basis of convenience,” she says. “That’s all well and good, but the conceptual concern is that deferring payment allows you, perhaps even encourages you, to postpone really thinking about affordability until later.

“By that time, with the goods in your hand, it may be less likely that you’ll go through the process of deciding against them and returning them. That isn’t necessarily helpful if your finances are stretched and if you would otherwise have decided against buying.”

She says it is unlikely that using buy-now-pay-later will be the sole cause of someone’s debt problems, as issues are more often caused by a sudden loss of income. However, she says she is beginning to see more clients who do owe money on this basis which is when “they turn to us”.

If you’re worried about any kind of debt then there is help available. Citizens Advice has specialist money advisers, while other organisations that can help include StepChange, Christians Against Poverty, Debt Advice Foundation, National Debtline and the Debt Support Trust.