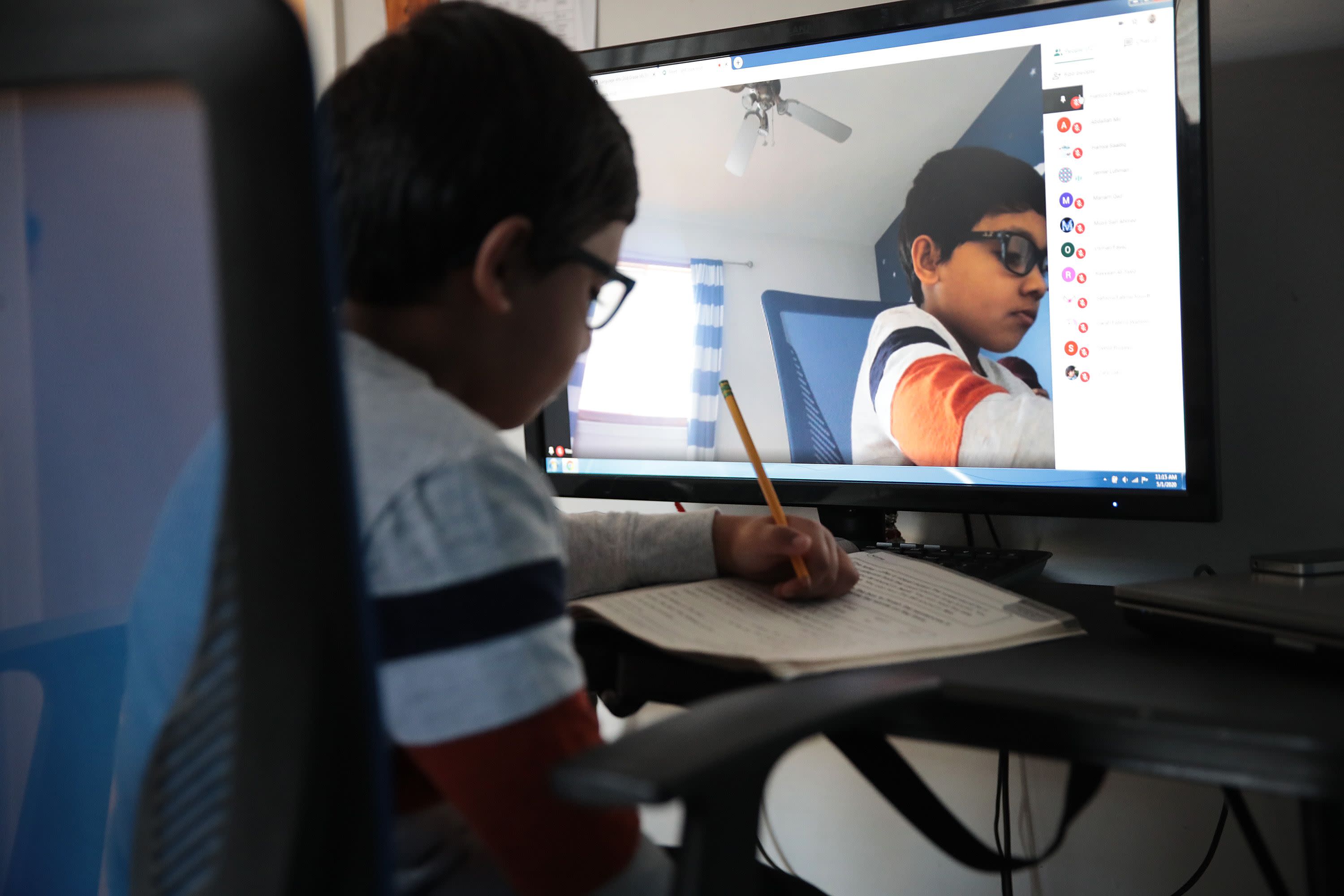 (Bloomberg Opinion) — With a new school year approaching, the U.S. faces an educational crisis. Though the Trump administration wants a full reopening of K-12 schools, not all states and school districts are going along. Millions of students will still attend classes remotely, at least part of the time, and many may stay home until coronavirus vaccines are widely available.

Such a prolonged absence from the classroom will harm students of all ages and abilities. For those who lack reliable access to computers and high-speed internet at home — as many as one-third of all public-school students — the shift to online learning threatens to create deficits they’ll never recover from.

It’s critical that Congress provide funding in the next coronavirus relief bill to assist families that can’t afford internet access. But that will take time that students can’t afford. The government needs to do more to get them online now.

The most efficient way to do so is through schools themselves. Over the past decade, the U.S. has made significant progress in connecting schools to the internet. Nearly every district in the country now has sufficient bandwidth for digital instruction; in 2013, less than one-third did. The number of students with access to broadband in their schools has increased more than tenfold during that span. The expansion was spurred by a federal program called E-rate, which provides public schools and libraries with discounts on broadband and wireless connections. For schools in high-poverty areas, E-rate subsidies can cover up to 90% of the cost of maintaining high-speed networks.

But the program comes with a significant limitation. The Telecommunications Act of 1996 stipulated that E-rate funds could be used only for internet connections inside classrooms. Although the Federal Communications Commission has since loosened the rules, allowing schools to use them to pay for Wi-Fi networks that students can access anywhere on school property, that’s little help with schools shut and students forced to learn from home.

Democratic lawmakers have pushed the FCC to give schools the flexibility to use E-rate funds to support students who lack at-home broadband. One option is for schools to purchase Wi-Fi hotspots and distribute them to students in need. Another is for districts to negotiate with service providers to help pay the broadband bills of low-income households. Districts could also expand existing networks beyond school grounds or create public wireless hubs in underserved areas.

The advantage of this approach is that districts can get started right away. Because of the plummeting cost of broadband, current E-rate spending is about $2 billion under the program’s annual cap, so the FCC can make funds available without waiting for an additional appropriation. That money could supply broadband for as many as 2.7 million families — more than one-third of the total who currently lack access.

The chairman of the FCC, Ajit Pai, has so far opposed this approach. He argues that restricting the program to school campuses is necessary to prevent funds from going toward noneducational purposes. A degree of concern about potential misuse is justified, but the cost of students’ being shut out of online learning is far greater.

Until the pandemic subsides, the FCC should waive the current E-rate restrictions and enable schools to help at least some students access the internet from home. Congress should appropriate sufficient funding to support the rest. Failing to do so will shortchange students, widen educational inequities and betray the country’s promise of equal opportunity.

Editorials are written by the Bloomberg Opinion editorial board.