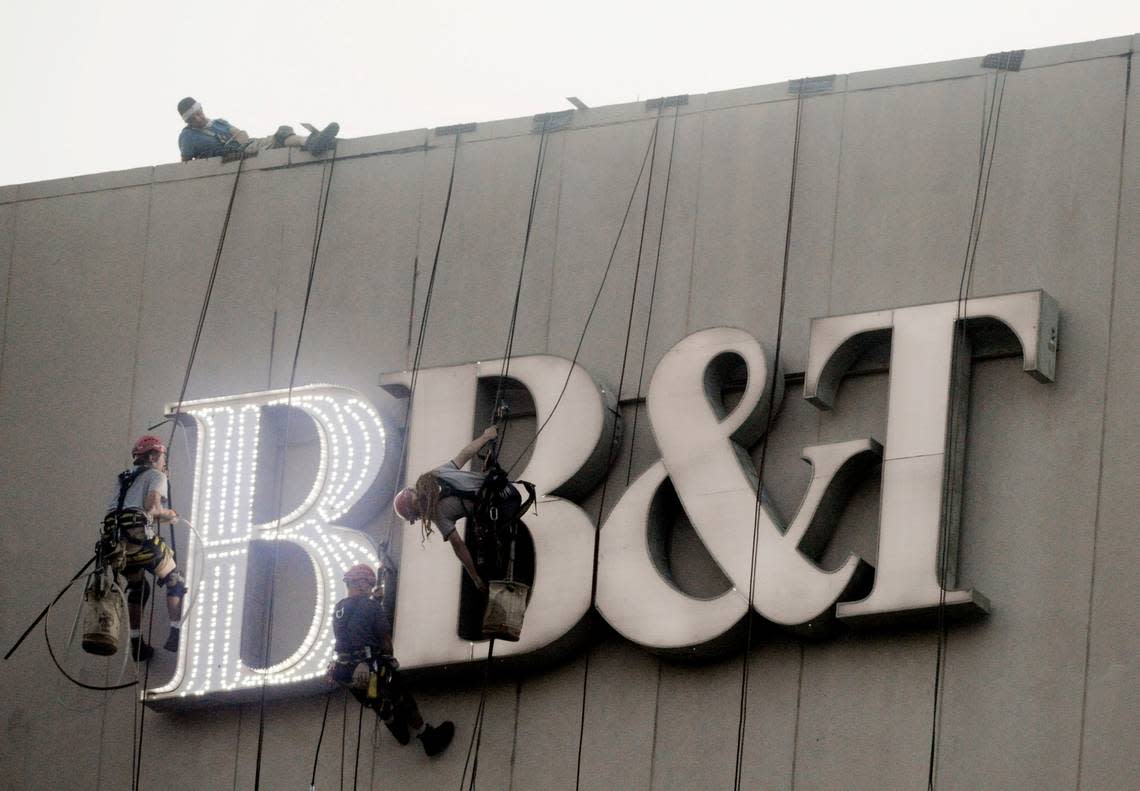 Truist, the sixth-largest commercial bank in the United States, apologized for and denounced its predecessor banks’ roles in slavery in a letter sent Thursday to employees.

In 1872, two Confederate veterans and sons of wealthy slave-owning planters, Alpheus Branch and Thomas Jefferson Hadley IV, founded the banking house Branch and Hadley in the town of Wilson. The institution would eventually become known as BB&T, and after a 2019 merger with SunTrust, renamed to Truist.

“I deeply regret and denounce the role that our heritage companies played more than 100 years ago to perpetuate the atrocity of slavery and the repression of enslaved peoples and their descendants,” CEO Kelly King said in an interview.

Truist joins Charlotte’s Wachovia, later bought by Wells Fargo, and JPMorgan, in the ranks of major U.S. banks that have apologized for their role in slavery.

Both apologized in 2005 after municipalities across the U.S began to prod banks with which they did business to acknowledge their profits from slavery. Before the abolition of slavery, many banks routinely accepted slaves as collateral for loans.

‘It kind of jolted me’

The Truist letter, authored by King, did not specify the acts or practices it renounced, nor did it say which institutions did the things for which it was apologizing.

King said in an interview that a full inquiry of the bank’s past was unlikely.

Truist established an internal working group to discuss the bank’s history, according to the letter, and it’s consulting with its board and outside groups on the issue.

The predecessor banks’ actions over 100 years ago had a role in creating systemic disadvantages that the descendants of slaves have endured for generations, King’s letter said. “This includes our early institutions, which had close ties to industries of that era that profited from slavery.”

Thursday’s apology comes after months of ongoing discussion at the bank about how best to acknowledge and atone for its role.

The talks were spurred, in part, by the police killings of George Floyd in Minnesota and Breonna Taylor in Kentucky.

“It has really kind of jolted me to be honest,” King said. “The sad stories that I’m hearing about how life is today for most African-Americans because of the color of their skin is just unacceptable to me.”

In the coming months, the bank will announce “significantly enhanced support” for community development financial institutions, which lend to diverse communities, as well as more funding to nonprofits and initiatives that focused on African-American communities.

The bank will also invest more in historically Black colleges and universities.

Truist, the new name chosen for the bank formed as a result of the merger of BB&T of Winston-Salem and SunTrust of Atlanta, moved its headquarters to Charlotte last year. The new bank kept the BB&T charter. It employs 58,000 workers, mostly in the South.

While the bank that would become BB&T was started after the emancipation of slaves, Alpheus Branch’s father, Samuel Branch, owned 58 slaves prior to the Civil War, according to slave records in the 1860 census. Hadley’s father owned 37. None of the names of the slaves were recorded in the census.

Both Branch and Hadley fought for the Confederacy as young men. Branch served in the Scotland Neck Cavalry, and Hadley in Company A of the 55th Regiment, North Carolina Infantry.

“When hostilities ended in 1865 and the South was forced to accept defeat, the farmers-turned-soldiers returned home and found their property destroyed, livestock gone, tools and equipment either ruined or lost, and their money worthless,” according to a 1963 BB&T company history, “Branch: A Tradition with a Future,” by Vidette Bass.

“The world that they had left their homes to defend existed no longer,” the book continued.

The book criticized the “corruption” of the postwar government imposed on Southern states, a racist trope promoted by historians sympathetic to Southern landowners.

Reconstruction, a period of progress and enfranchisement for emancipated slaves, was described in the book as “indeed a time of ‘extravagance, bribery, corruption, oppression… and lawlessness.’ ”

A 2012 update to the company history is available online, with many of the passages unchanged.

It was in this setting that Branch and Hadley created their bank in 1872 to provide credit to the “broken” Southern economy. Eventually, Branch bought out Hadley’s stake in the bank, and the bank was renamed Branch Banking and Trust.

The bank started a rapid period of growth in the latter half of the 20th century, buying up dozens of small banks mostly in the South.

The apology is part of a broader set of cultural changes at Truist.

When BB&T was a growing regional bank, it could do business in line with the political interests of its conservative executives without much outside scrutiny. Now, as Truist, the bank is trying to leave some of its baggage in the past.

In the early 2000s, led by then-CEO John Allison, BB&T financed a series of academic institutes at universities across the country that focused on the study of capitalism and the libertarian philosophy of objectivism.

As a condition for the bank’s financing of the institutes, some schools were required to teach the works of Ayn Rand, the controversial libertarian philosopher.

The arrangements raised ire among academic freedom advocates, who were concerned that a donor could have direct influence on curriculum.

While all bank branches and buildings will eventually shift to the Truist brand, a bank spokesman told the Observer in March that the BB&T name will remain on the capitalism institutes.