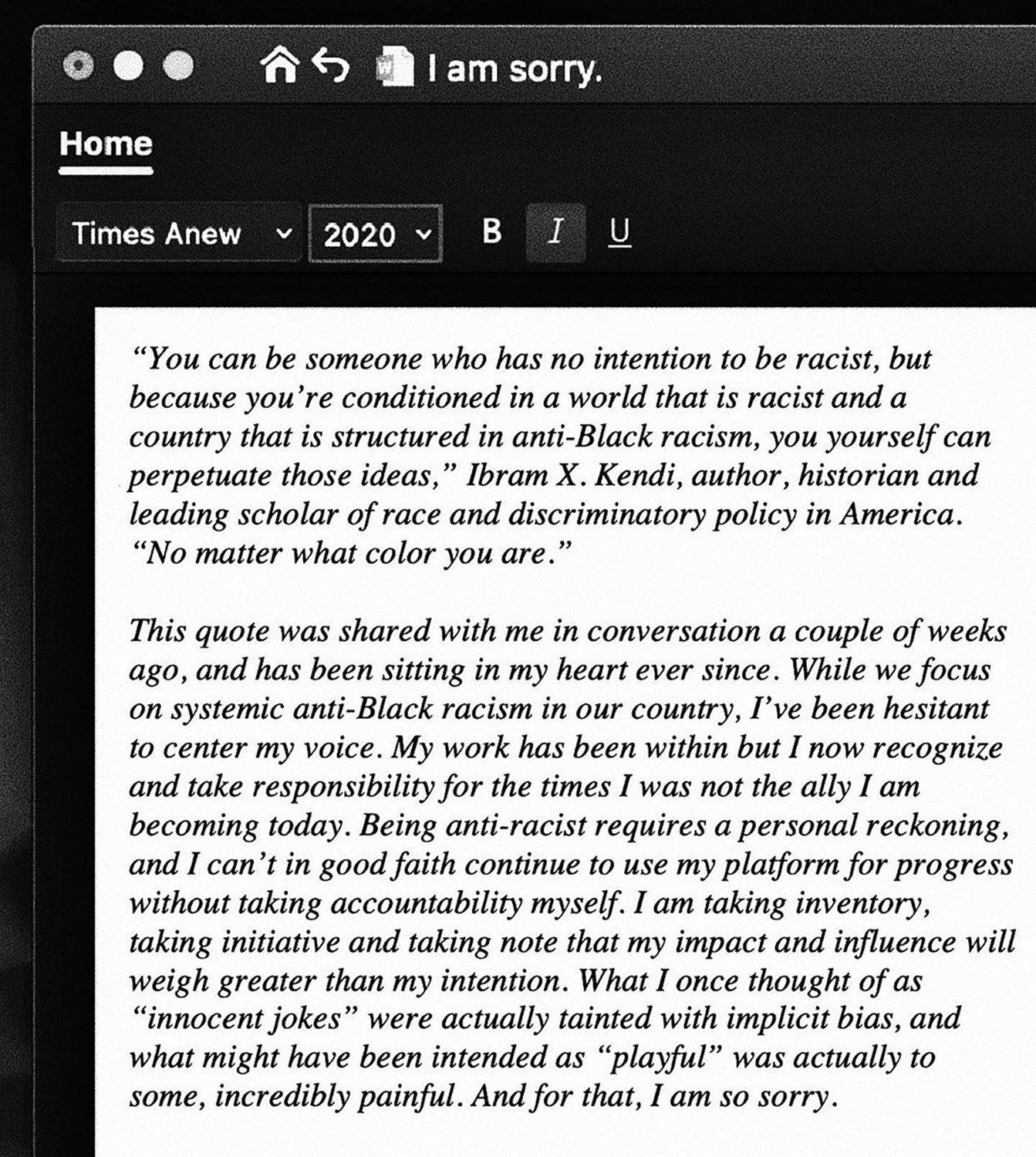 YouTuber Liza Koshy has issued an apology in response to being accused of racism after videos of her pretending to have an Asian accent resurfaced.

In a since-deleted video shared on YouTube in 2016, Koshy and her now ex-boyfriend and fellow YouTube star David Dobrik imitated Asian accents while tasting candy from Japan and Hawaii.

In the video titled “Couples Trying Japanese Candy,” Dobrik said in the clip: “It’s not racist, that’s like the sounds I hear when they talk.”

Koshy then responded: “No, it’s not racist as long as I keep saying no.”

In a second video titled “Couple Trying Foreign Candy,” Koshy and Dobrik pretended to speak Japanese after eating the snacks from Hawaii.

The clips were shared by Asian TikTok user callmesukiwi on June 21, who said: “Why is no one talking about this? It’s a clear example of the normalized racism against Asians.”

“They’re trying Japanese candy and pretending to talk in Japanese as a joke. Isn’t that still… racist?” callmesukiwi wrote over the clip.

Days later, Koshy, 24, shared a lengthy apology on Instagram Sunday, saying she “unknowingly perpetuated racist ideas,” though she did not specifically mention the resurfaced videos. (Dobrik, 23, has not yet responded to the backlash and a rep for the YouTuber did not immediately respond to PEOPLE’s request for comment.)

“You can be someone who has no intention to be racist, but because you’re conditioned in a world that is racist and a country that is structured in anti-Black racism, you yourself can perpetuate those ideas,” Koshy began, quoting author and historian Ibram X. Kendi.

“This quote was shared with me in conversation a couple weeks ago, and has been sitting in my heart ever since. While we focus on systemic anti-Black racism in country, I’ve been hesitant to center my voice,” Koshy continued. “My work has been within but now I recognize and take responsibility for the times I was not the ally I am becoming today.”

“Being anti-racist requires a personal reckoning, and I can’t in good faith continue to use my platform for progress without taking accountability myself. I am taking inventory, taking initiative and taking note that my impact and influence will weigh greater than my intention,” she wrote.

Koshy shared that while she once thought her jokes were “innocent,” she now knows they were “actually tainted with implicit bias, and what might have been intended as ‘playful’ was actually to some, incredibly painful. And for that, I am so sorry.”

She went on to talk about her own experiences with racism, writing, “As a woman of color and self-defined ‘little brown girl,’ I have experienced the harm of prejudices in my own life.”

RELATED: Eiza Gonzalez Apologizes for Resurfaced Blackface Photos: ‘I Was Pressured Against My Will’

“However, this reality does not exempt me from the responsibility of acknowledging the times I’ve unknowingly perpetuated racist ideas. I see now that some of my previous influences and my own past thinking, speaking and storytelling reinforced stereotypes,” she wrote. “I created characters of different cultures with the intent of celebrating them, but with the impact of appropriating them.”

“I am sorry to the beautiful communities I have caused hurt within,” Koshy said.

“It takes a combination of individual and collective reckoning with our past to heal and move forward together. Consider this my resignation from ignorance, and my declaration as an ally in action. I will give grace, make space and break these damn systems in place like my life depends on it… because too many do,” she said.

Koshy concluded: “Thank you to my guardian angels in life and online who have been gracefully guiding this growth of mine, and I thank God for my continued awakening.”