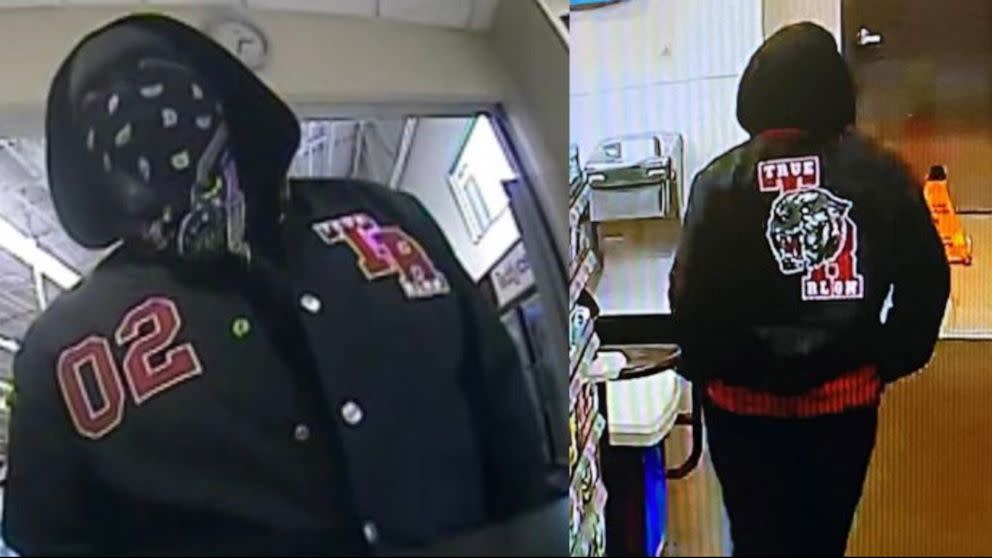 Police in Houston, Texas, are on the hunt for an alleged robber who held up a bank with a note that says he did not receive a stimulus check or funds from the government to save his business.

Moments after the Woodforest National Bank opened on July 8, a man walked in with his face covered with a black bandana and wearing a hoodie over his head.

Police said the unidentified man approached the teller to request a withdrawal and passed over a folded piece of paper.

“I didn’t get a stimulus or that 10k loan. I lost my business to Covid so please make this easy and comply,” the note read.

The suspected bank robber was referring to the stimulus relief check millions of taxpayers received during the stay-at-home orders during the early stages of the coronavirus pandemic and a $10,000 economic relief loan for small businesses.

“I don’t wanna hurt nobody but will if I have to. Any suspicious moves and I will start shooting so please go get my money. Don’t make anything noticeable!” the note read.

While the alleged robber did not display a gun, the teller gave the suspect an undisclosed amount of money, police said.

The suspect grabbed the money and ran out of the Hillcroft Avenue bank.

Surveillance video and witnesses describe the suspect as 30 to 39 years old, around 6 feet tall with a large frame. He was also wearing a black True Religion brand letterman jacket with a red “02” and “TR” on the front and a red and white “TR” with TRUE RLGN written inside the letters and a gray wild cat on the back, and black pants, police said.

The FBI’s Violent Crime Task Force, Houston Police Robbery Division and Houston Crime Stoppers are asking for the public’s assistance in identifying the suspect by calling 713-222-TIPS (8477) or submitted online at www.crime-stoppers.org.

‘I lost my business to COVID’ alleged bank robber writes on note to teller originally appeared on abcnews.go.com