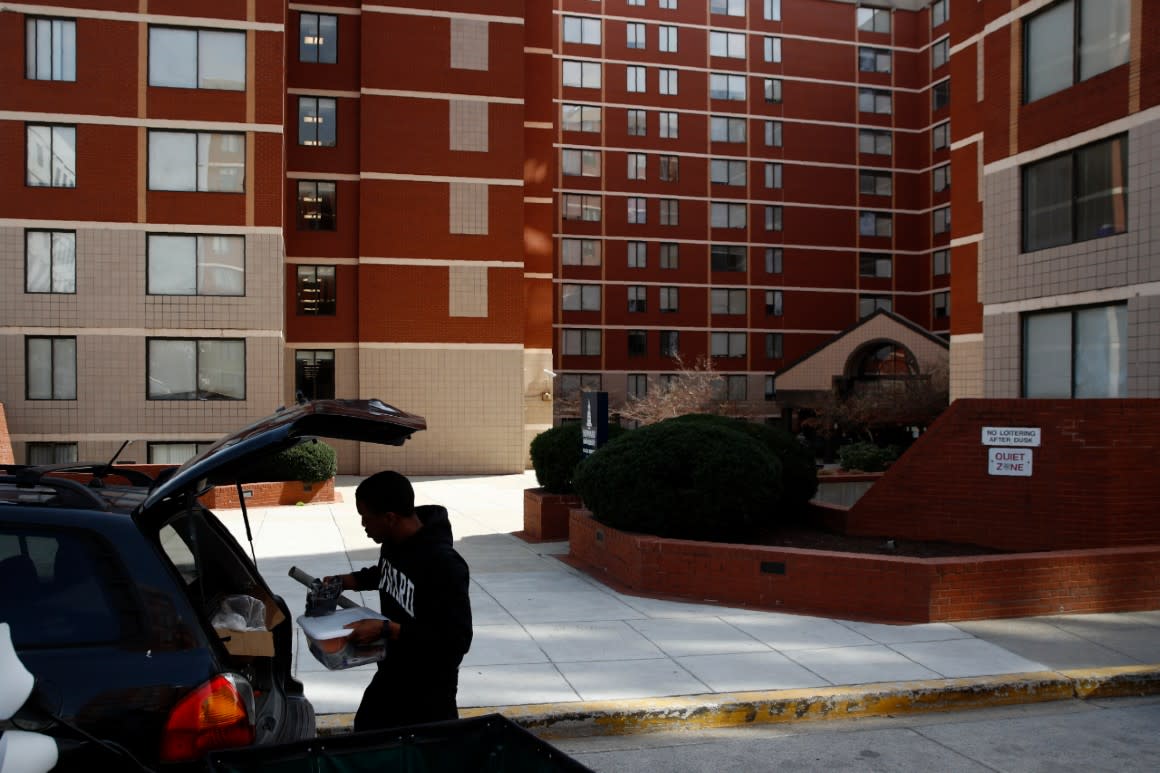 Leaders of historically Black colleges and universities are grappling with a challenge others in higher education don’t fully share: how to reopen their campuses to a population that has proven especially vulnerable to Covid-19.

Black people are dying at 2.5 times the rate of white people, according to the Covid Racial Data Tracker. And nearly a third of deaths among nonwhite Americans were in people younger than 65, according to data from the Centers for Disease Control and Prevention, compared with 13 percent among white people under that age.

“We have to acknowledge and recognize that African Americans with comorbidities have fared far worse in this pandemic than any other group,” said Howard University President Wayne A.I. Frederick in an interview. “I think, for an HBCU in particular, there’s a lot of differences in terms of opening that are probably a little more accentuated because of our circumstances.”

Howard, a private historically Black university in Washington, D.C., is aiming to reopen for some in-person classes this fall, using its on-campus hospital to facilitate both frequent student testing and treatment, if necessary. But a growing number of private HBCUs, which are predominantly located in the South, are opting for online-only instruction, university presidents and officials from the United Negro College Fund told POLITICO.

It’s a decision driven by health considerations — the South is currently home to some of the worst coronavirus outbreaks in the country — but it has educational, financial and emotional implications for school communities, as well.

HBCU students are traditionally low-income, first-generation and academically underprepared college students of color, according to the Thurgood Marshall College Fund, and the schools, themselves, typically have endowments that are only a fraction of predominantly white institutions’.

Black students who lack sufficient access to resources for online learning could drop out or fall deeper into debt by transferring to a more expensive university closer to home. At the same time, traditionally underfunded HBCUs could lose even more revenue if fewer students enroll for the fall, and private polling shows that HBCU students are especially feeling the weight of a pandemic that has disproportionately infected, killed and laid off Black Americans.

Colette Pierce Burnette, president of Huston-Tillotson University, a private HBCU in Austin, Texas, said that before announcing class would be online-only in the fall, the school examined and gauged more than a dozen scenarios for reopening, in addition to holding listening sessions and surveying students.

“A tipping point for us was … the trends that were beginning to show about vulnerability of populations of color,” Burnette said.

A consortium of private HBCUs in Atlanta, including Morehouse College, Spelman College and Clark Atlanta University, just informed their student bodies last week that they would educate students entirely online this upcoming semester.

George French Jr., president of Clark Atlanta University, said his school had ordered digital thermometers, had test kits for students, restructured classrooms for social distancing, planned to limit the campus population from 4,000 to 1,700 and was in the process of testing all of its employees. But a deep dive into data found that the overwhelming majority of its incoming class — 97 percent — would come in from coronavirus hot spots.

“We could wind up with hundreds of individuals being infected in a number of days. It was just a risk that we couldn’t take,” French said. “Clark Atlanta University, Morehouse, Spelman, we each ran our numbers, and our losses are going to at each institution exceed $20 million. It’s a big financial loss, but it’s something that we had to do.”

Indeed, private HBCUs that won’t host students on campus this fall will lose revenue from room and board, forcing these institutions to rely on philanthropic efforts and, in some cases, funding from Congress. A number of these schools have not only reduced tuition but also pledged to supply students with technology such as computers, tablets and WiFi hot spots.

HBCU leaders said some students this spring were forced to try to complete assignments on their cellphones, write them out on paper and email pictures or even snail mail them to their professors due to lack of internet access or other technology.

“A lot of schools are trying to figure out, can we open safely in the fall knowing that we serve a population that is disproportionately impacted by this disease,” Walter Kimbrough, president of Dillard University in New Orleans, said during a fireside chat with the Human Rights Campaign last week. “But on the other side of that, it also helps us think about that when you talk about going online, for some people there is no online. In the state of Louisiana, 30 percent of families don’t have internet access.”

Kimbrough said in an interview that Dillard is watching coronavirus rates in Louisiana and will follow state guidelines for schools.

The United Negro College Fund, which has a membership network of 37 private HBCUs, conducted a survey of more than 5,000 students from 17 private HBCUs to inform schools’ reopening plans. The survey found that 10 percent fewer students said they’d return to school if all instruction is online, that students’ mental and financial well-being were being diminished by the pandemic, and students were three times more likely to consider transferring to a school that’s close to home.

Multiple HBCU leaders warned that a high rate of students who take time off from school are unlikely to return and graduate, and that many Black students are also having to overcome socioeconomic disparities, exacerbating the effects of the pandemic.

“We hear from students that the stresses — the mental and emotional stresses that they’re involved in, in taking care of families who’ve been laid off, in taking care of families who’ve been victimized by Covid, in having to take on additional work responsibilities and worry about paying for school, in some cases wondering about where their next meal is coming from — those stresses are being felt by young Black college students dramatically, and we believe those are the kind of stresses that make them even more vulnerable to the virus,” said Brian Bridges, UNCF’s vice president of research and member engagement.

Those kinds of concerns may help explain a widening racial divide when it comes to opinions on reopening schools, at all levels.

President Donald Trump and his administration have been pushing hard for schools to reopen for full in-person learning this fall, a position that few Americans, of any race, agree with, according to the POLITICO/Morning Consult poll and other surveys.

“Part of what’s getting lost in the policy debate or the education debate about whether schools should be open is that different communities are experiencing this thing in profoundly different ways,” said Sekou Biddle, UNCF’s vice president of K-12 advocacy, noting that for some the pandemic is just a news story and for others it’s much more personal.

“People’s personal experiences with the pandemic are doing a lot to shape how comfortable or how much you believe we should be going back to school,” he added.