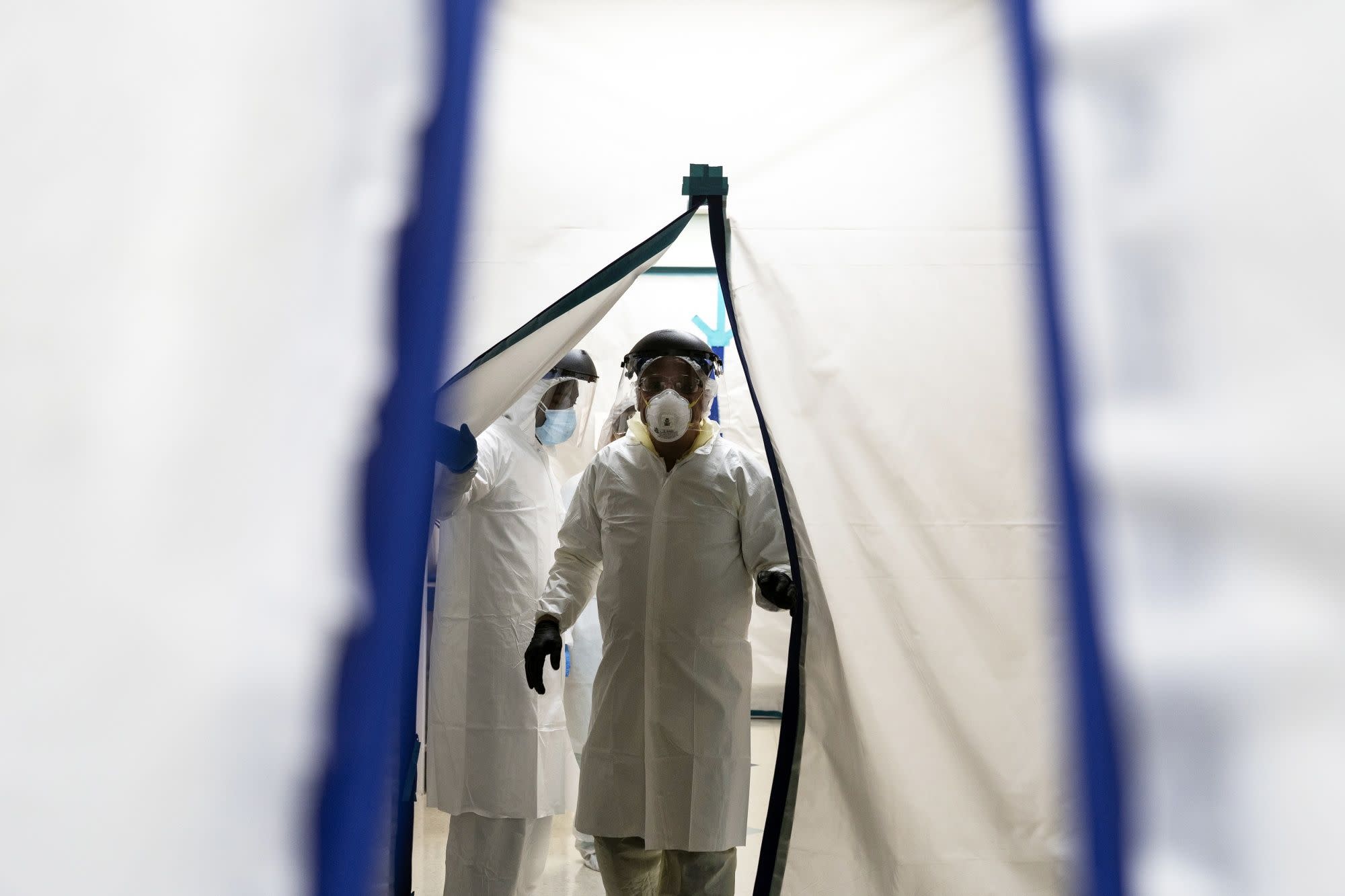 (Bloomberg) — European officials expect a deeper economic slump than previously estimated this year, while German industrial production rose less than forecast in May, underscoring the challenge faced by the continent after months-long shutdowns.

Melbourne will be locked down for six weeks after new cases in the Australian state of Victoria jumped by 191, the biggest daily increase since the outbreak began. In contrast, Beijing reported no new infections for the first time in nearly a month.

The pace of new infections from Tokyo to Iran and Australia is raising concerns about another virus wave. U.S. cases are approaching 3 million, while deaths in India have risen above 20,000. Any vaccine would likely be limited in how long it can shield against infection, the top U.S. infectious disease expert Anthony Fauci warned.

Subscribe to a daily update on the virus from Bloomberg’s Prognosis team here. Click VRUS on the terminal for news and data on the coronavirus.

The number of jobs supported by the U.K. government’s pandemic support exceeds 12 million, highlighting the scale of the task facing Chancellor of the Exchequer Rishi Sunak as he prepares to announce his latest economic strategy on Wednesday.

While the rate of increase in the use of the furloughing program and the self-employed plan has slowed since the height of the crisis, the two programs are now supporting 12.1 million jobs at a cost of more than 35 billion pounds ($44 billion). The U.K.’s already dismal productivity performance also worsened in the first quarter as the Covid-19 crisis intensified.

Weekly Covid-19 deaths fell to their lowest in 13 weeks in England and Wales and now account for just 6.7% of total deaths in the week ended June 26, the Office for National Statistics said on Tuesday.

Fatalities fell in all English regions except the North East and total U.K. coronavirus deaths were registered at now over 55,100.

London’s Heathrow airport plans to conduct trials of a coronavirus testing procedure that could allow the scrapping of quarantine rules for people arriving from territories including the U.S.

The pilot program would be offered as a private service, with swabs taken by nurses from Collinson Group at a facility run by ground-handling firm Swissport International AG. Passengers would go on to their place of quarantine with the results made available within 24 hours.

Hungary’s official coronavirus cases rose by 16 in a day, the biggest increase in a month, according to data from the country’s pandemic task force published on Tuesday.

Total cases rose to 4,205, with 589 deaths, unchanged for a third day. Hungary has so far managed to avoid a flare up of the virus with active cases, which subtracts recoveries and deaths from total infections, steadily declining to 742 on Tuesday from over 1,100 a month ago.

Europe’s economy will suffer more than previously estimated this year and take longer to recover because of a slow easing of coronavirus restrictions, according to the bloc’s executive arm.

The European Commission forecasts a contraction of 8.7% in the euro area this year, a full percentage point deeper than previously predicted. Risks remain “exceptionally high and mainly to the downside,” the commission said on Tuesday.

BMW AG’s second-quarter sales fell by a quarter as the German carmaker looks to China and the second half of the year to make up for shutdowns caused by the coronavirus pandemic.

Deliveries of BMW brand vehicles declined 23.2% in the three months through June, the German carmaker said in a statement Tuesday. A bright spot is China, where BMW’s sales rose 17.1% in the period.

Russia reports 6,368 new confirmed coronavirus cases in the past day. That raised total infections to 694,230, according to data from the government’s virus response center, which showed 29.9% of new cases were asymptomatic and 198 people died of the disease over the period, bringing total death toll to 10,494.

Bang & Olufsen A/S said sales plummeted by more than a third last quarter, capping a “disappointing year” for the maker of luxury TVs and stereos. “The impact from the Covid-19 outbreak resulted in temporary store closures in all markets and was the reason for the decline,” the company said.

Shares in B&O fell as much as 6.6% after trading started in Copenhagen. Per Hansen, an investment economist at Nordnet, called the results “terrifyingly bad” in a note to clients.

HNA Group, the troubled conglomerate being taken over by the Chinese state, is among recipients of the billions of dollars in virus-relief loans handed out in the U.S. government’s Paycheck Protection Program.

Industrial production gained 7.8% in May when Germany lifted most restrictions to stop the spread of the virus, compared with an estimate of 11.1%. The increase follows a record-hit to activity in April, which was caused by factory closures and other disruptions.

Manufacturing led the recovery with a jump in investment goods. At the same time, capacity remained significantly underutilized, according to the Economy Ministry.

The state of Victoria announced a six-week lockdown across metropolitan Melbourne in a bid to quell the risk of a second wave of infections in Australia. State Premier Daniel Andrews said from midnight Wednesday, people must stay home except for work, essential services, medical treatment or school. He said “significant steps” had to be taken to suppress and contain the virus.

The Philippines is further easing restrictions to allow non-essential travel to countries that permit it, as long as departing passengers have round-trip tickets, visas and health insurance. They will have to undergo quarantine upon return. Beauty salons in areas with the lowest quarantine level can also offer services including hair coloring.

Germany’s coronavirus infection rate remained below the key threshold of 1.0 and the numbers of new cases stayed much lower than at the height of the outbreak. Germany has reported nearly 200,000 confirmed infections and 9,022 deaths.

A Wednesday night White House event that U.S. President Donald Trump is hosting for his Mexican counterpart will be the closest thing to a state dinner that can be organized during the outbreak. Business executives from both countries will attend the event, which will be held indoors with some social distancing measures in place, according to a person familiar with the matter.

Samsung Electronics reported better-than-expected quarterly earnings, indicating that the tech industry is climbing back. While the pandemic has hurt the global economy, it has also accelerated a shift toward online activity such as video conferencing and entertainment streaming.

There were no new infections in China’s capital for the first time since an outbreak started in the city on June 11, according to the Beijing Municipal Health Commission.

China reported eight new cases for Monday, all of which were imported.

Jair Bolsonaro underwent another Covid-19 test after showing virus symptoms. The Brazilian president had a light fever and could be seen coughing during a Thursday broadcast on his social networks. The presidential office said the results of the test would be available Tuesday and that he is in good health.