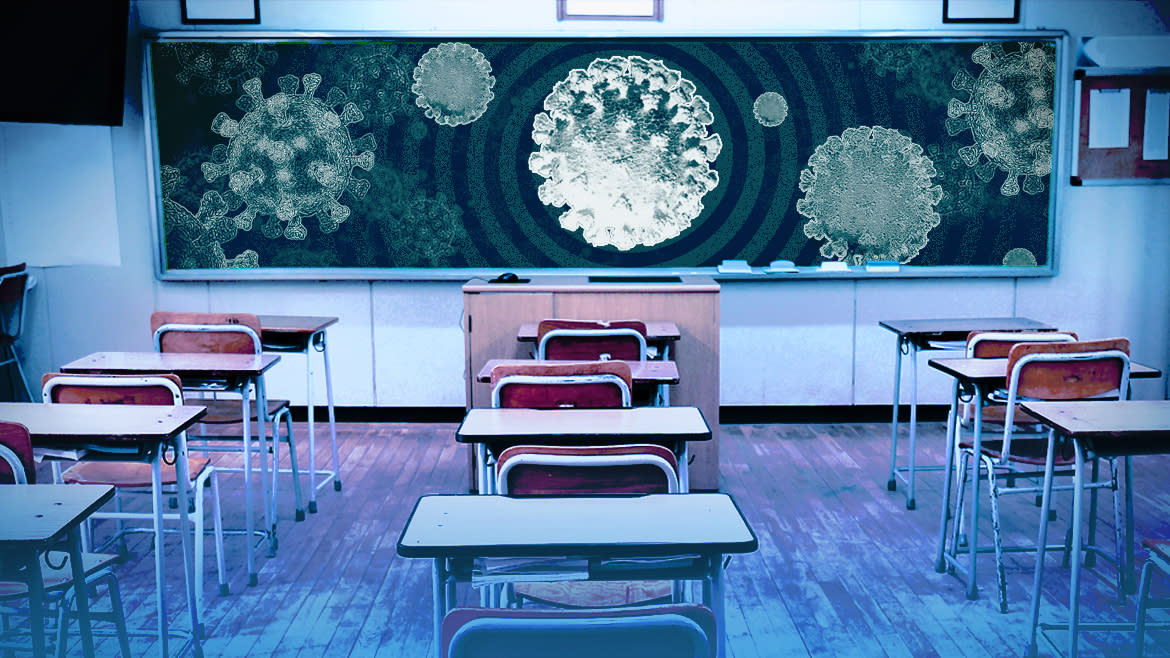 “The 360” shows you diverse perspectives on the day’s top stories and debates.

Schools across the country were closed in March as part of the effort to contain the early stages of the coronavirus pandemic in the United States. Students, teachers, parents and administrators scrambled to put together a makeshift distance-learning curriculum for the rest of the academic year, with the hopes the virus would be under control enough to allow in-person instruction in the fall.

The usual start dates for America’s 13,000 public schools are just over a month away and, rather than waning, the outbreak is surging. As the beginning of the school year looms, the question of whether students will return to campus is still undecided in many places, leaving parents and educators in limbo.

President Trump has made reopening schools a priority for his administration and even issued a vague threat to “cut off funding” if they remain closed, but he has limited power to enforce that demand. Decisions about schools are made at the state and local level. Florida has mandated that all public schools hold in-person instruction in the fall. Arizona’s school superintendent, on the other hand, said discussion of reopening schools does not “reflect the magnitude or severity” of the state’s current outbreak.

The debate over reopening schools hinges on whether the health risks outweigh the benefits of having students attend class in person. Schools were shut down in March amid widespread uncertainty about the path of the pandemic. While there are still significant unknowns, many experts argue we have gained enough information over the past few months to suggest that reopening schools provides more benefits than drawbacks.

A key factor is that children seem to be less likely to contract the virus and face significantly less risk of severe illness if they do become infected. Children between the ages of 5 and 17 make up less than 5 percent of COVID-19 cases and 0.1 percent of deaths in the U.S. There is also some evidence that children may not be as likely to spread the virus to adults. Several other countries have brought back children in schools without sparking major outbreaks.

Lockdowns in the spring also showed the consequences of having children out of school for extended periods of time. Students suffer during distance learning, not just academically but also emotionally and socially among other health concerns. These impacts are most severe among already vulnerable kids, many of whom may go hungry or suffer unreported abuse if they don’t attend school. These factors have led the American Academy of Pediatrics to recommend in-person instruction in the fall. Many economists also argue that the economy can’t recover if parents are forced to miss work to care for their children.

Skeptics say reopening schools in the midst of a surge in virus cases is far too dangerous. The science on health impacts for children is promising but far from definitive, some experts argue. Teachers and other school employees would face particular risk. Others argue that it may be possible to bring students back with the right safety measures, but the country hasn’t invested the time, effort and money necessary to put those systems in place. Countries that have successfully reopened schools have done the hard work of creating safer campuses and limiting the spread of the virus in the broader community.

The economic benefits of reopening schools may be overstated, some argue, considering the many proposals that call for hybrid models that mix in-person and online instruction. These plans could be just as limiting for many working parents as schools being closed altogether.

As schools’ start dates grow closer, more states and local districts will announce their plans for the upcoming year. Funding for school reopening plans could be a significant part of the debate if Congress takes up another financial stimulus bill. Democrats in the House of Representatives passed a package that includes $58 billion for schools, but the bill has stalled in the Republican-led Senate.

The benefits outweigh the risks

“Given the enormous cost of keeping kids out of school, even part time, the rational solution is to reopen. As with everything else with COVID, we have to make sound decisions based on what we do know, and right now, the available data mostly suggests that the risk to reopening schools is low and the benefit is high.” — Amita Sudhir, Slate

We can reopen schools if we make them a priority

“Think of it like a budget: You have a certain amount of transmission you can tolerate without it becoming a threat. Because schools may contribute to the spread of the virus, we have to reduce transmission elsewhere to avoid going into the red overall — and to protect the schools themselves.” — Helen Jenkins and William Hanage, Washington Post

The economy can’t recover if schools are closed

“Imagine what it’s going to be like in September as companies bring back employees. How, exactly, is this going to work if children are in school two days a week and at home three days? How is the economy going to recover if parents can’t send their children to school every day? Schools serve many functions in our society. One of them, it turns out, is to give children a place to be with other children while their parents are at work.” — Joe Nocera, Bloomberg

“Keeping schools closed will only widen the divide in learning, especially for those in low-income districts, and will exacerbate the problem of students falling further behind on expected progress levels. School districts should be establishing safety measures now so that schools can reopen and students can return to a much-needed learning routine.” — Editorial, Pittsburgh Post-Gazette

Schools offer students so much more than academics

“We cannot forget the millions of children, particularly those living in rural areas, from poorer families or with special needs, who rely on schools as a lifeline to meals, support in times of distress, health screenings and therapeutic services.” — Henrietta Fore, CNN

The virus is spreading too much for schools to open

“The times aren’t right for a return to campus at all. The hot summer months were supposed to bring less coronavirus infection, but the complete opposite has happened.” — Fabiola Santiago, Miami Herald

“Schools do not have a simple on-off switch. To reopen schools will not just take a lot of money. Classroom layouts, buildings, policies, schedules, extracurricular activities, teacher and staff assignments, and even curricula must all be altered to minimize the risk of coronavirus transmission.” — Juliette Kayyem, Atlantic

“Teachers are caught in the middle. While many desperately want to return to their classrooms, they’re worried about putting themselves or their families at risk of getting sick. Nobody knows how likely that will be once adults begin working in close quarters in school buildings again.” — Erin Richards, USA Today

“Reopening is a community-wide project. Whether a school can reopen safely, for example, doesn’t just depend on capacity, personal protective equipment, or individual actions. It depends on how widespread the coronavirus is in the community outside the school’s walls.” — German Lopez, Vox

Reopening schools is dangerous, regardless of whatever benefits it may bring

“The coronavirus will not stop at the school door because America is tired of being inconvenienced.” — Mercedes Schneider, Washington Post

“High school students are not the same as elementary school students, either in their disease risk (higher) or in their ability to learn online (better). … Because school districts serve all students, there is a temptation to think about everyone the same. I think that’s a mistake. As we work through these plans, we should allow our solutions to differ by age group.” — Emily Oster, Slate

Schools can’t reopen if the government won’t support them

“If American kids, unlike those in most other developed countries, continue to see their education derailed by the coronavirus, the fault lies primarily with a federal government that puts out safety standards but won’t help schools meet them.” — Michelle Goldberg, New York Times

Is there a topic you’d like to see covered in “The 360”? Send your suggestions to the360@yahoonews.com.