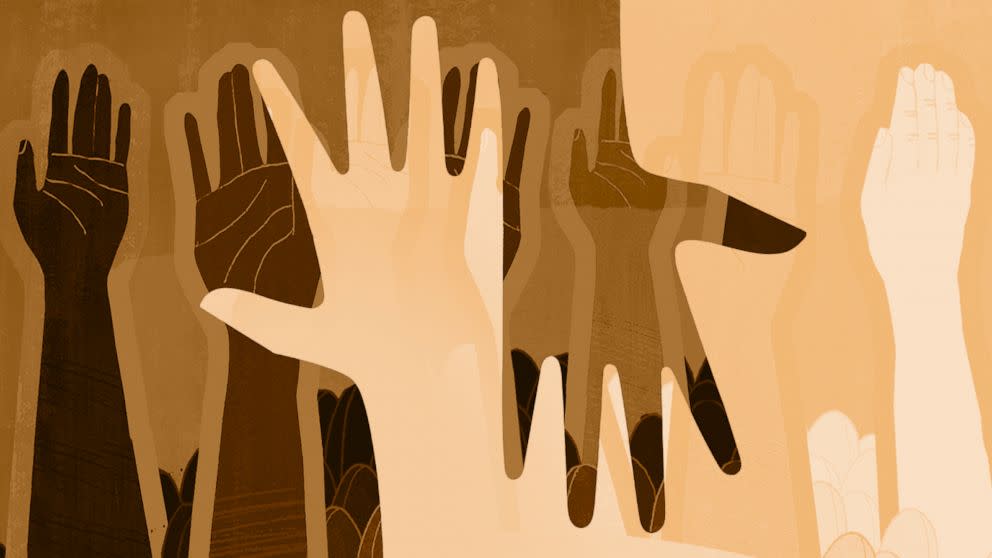 Emily Volz is a psychology graduate student at Pacifica Graduate Institute specializing in Community, Liberation, Indigenous, and Eco Psychologies. Here, in a personal essay below, Volz shares how the racial awakening and protests across the country have made her check her privilege and how an intervention is necessary within white America.

My family owns a building in downtown Seattle. On May 31, I woke up to images of the building in a Seattle Times article. The images show shattered windows, mannequins toppled and goods scattered.

One photo shows several police officers walking out of the building, a symbolic image of the structural causes of the destruction.

I spoke with my mom that afternoon. “I’m not mad,” she told me.

Losing windows is nothing compared to losing Black lives. Every single death is a loss to our nation, to the intricate web of our society. Windows can be replaced. Lives cannot.

I write as a white woman. We are a white family. The land the building sits upon has been passed down through several generations in our family. We benefit from intergenerational wealth, settler colonialism and white supremacy. Our family has a range of opinions on these topics.

Even the statement — “windows can be replaced” — is a statement of privilege. While my family has the means to file an insurance claim and replace those windows, there are many business owners who do not.

Many businesses will not reopen because of the destruction and that, too, has long-term implications for health and well-being. When these businesses are owned by Black, Indigenous, and people of color, we can see how systemic racism compounds the impact of challenging situations and makes these moments even more complex.

This moment we’re in is centuries in the making. Systemic racism is an over 400-year-old system in the United States. It has come in many forms: slavery, Jim Crow laws, mass incarceration of Black bodies, land grabs, employment and housing discrimination, the war on drugs and many more. It will not be quick or easy to dismantle.

Our racially violent patterns will not end if white Americans do not take the time to understand the power and privilege we hold and then be willing to give some of it up.

I have an online bookkeeping business and when I look at my client list, vendor list and online communities they are majority white. I sit on the board of a nonprofit organization and our board and staff are all white. We are all “well-intentioned,” but white-led organizations will reproduce white power and privilege unless there is ongoing anti-racism work being done.

I’m also in a Depth Psychology graduate program at Pacifica Graduate Institute. Our Community, Liberation, Indigenous, and Eco Psychologies specialization is the most diverse and inclusive program in the institution. And that’s because they continually work to make it that way.

Intervening in white America means being reflective about the life I lead. It means assessing my unique skills and experiences and thinking about how I can use those for anti-racism work. It means learning strategies and actions to redistribute wealth and opportunities, amplify Black voices, and do the internal work required for anti-racism to grow in my body.

Because racism lives in our bodies. Our television, books, music, interpersonal dynamics, policies, and institutions teach us what to think, how to feel, and therefore how to move through the world, both consciously and unconsciously.

Intellectually, I do not believe in white supremacy.

I see how white supremacy kills Black bodies. It degrades human life. It demands hierarchy. It destroys relationships. It evades responsibility. It denies its own existence and yet it exists.

Even though I recognize this, I am still a part of these processes. I cannot extract myself from the intricate web of our society. I have been educated and conditioned to enact white supremacy despite being someone who has no conscious desire to enact it.

For example, I have been taught to fear Black men.

I know this because I’ve had experiences in neighborhoods I’m not familiar with, walking past Black men and having a fear response in my body. It isn’t a conscious choice to feel fear, it’s a conditioned response.

Yet, I’ve never actually had a scary experience with a Black man. Ever. That fear exists in my body because outside influences have told me it should exist. That is what systemic racism does. It influences our thoughts and behaviors so we perpetuate white supremacy on a daily basis. Amy Cooper, the white woman who called police after encountering Chris Cooper, a Black man, while walking her dog in Central Park, is a perfect example of that irrational fear being acted out.

It’s my responsibility to unpack that fear because racism moves from the white body, into our systems and structures, and then back into the white body. It’s an ongoing cycle and it will continue unless we actively stop it.

George Floyd, Breonna Taylor, and Ahmaud Arbery were not the first Black Americans who were killed as a result of the American system of racism. And if we’re being honest, white folks, without these protests, their names would likely be added to the long list of Black lives erased at the hands of police and our system. But there would be no tangible change towards an anti-racist society.

The protests, looting, and rioting are happening in response to racial violence. If we are not looking at the societal environment that demanded this response, then we are missing the point completely.

My white privilege and power is not more important than Black lives. It is well past time to give it up.

As America faces racial reckoning, I’m checking my white privilege, and here’s why you should too originally appeared on goodmorningamerica.com