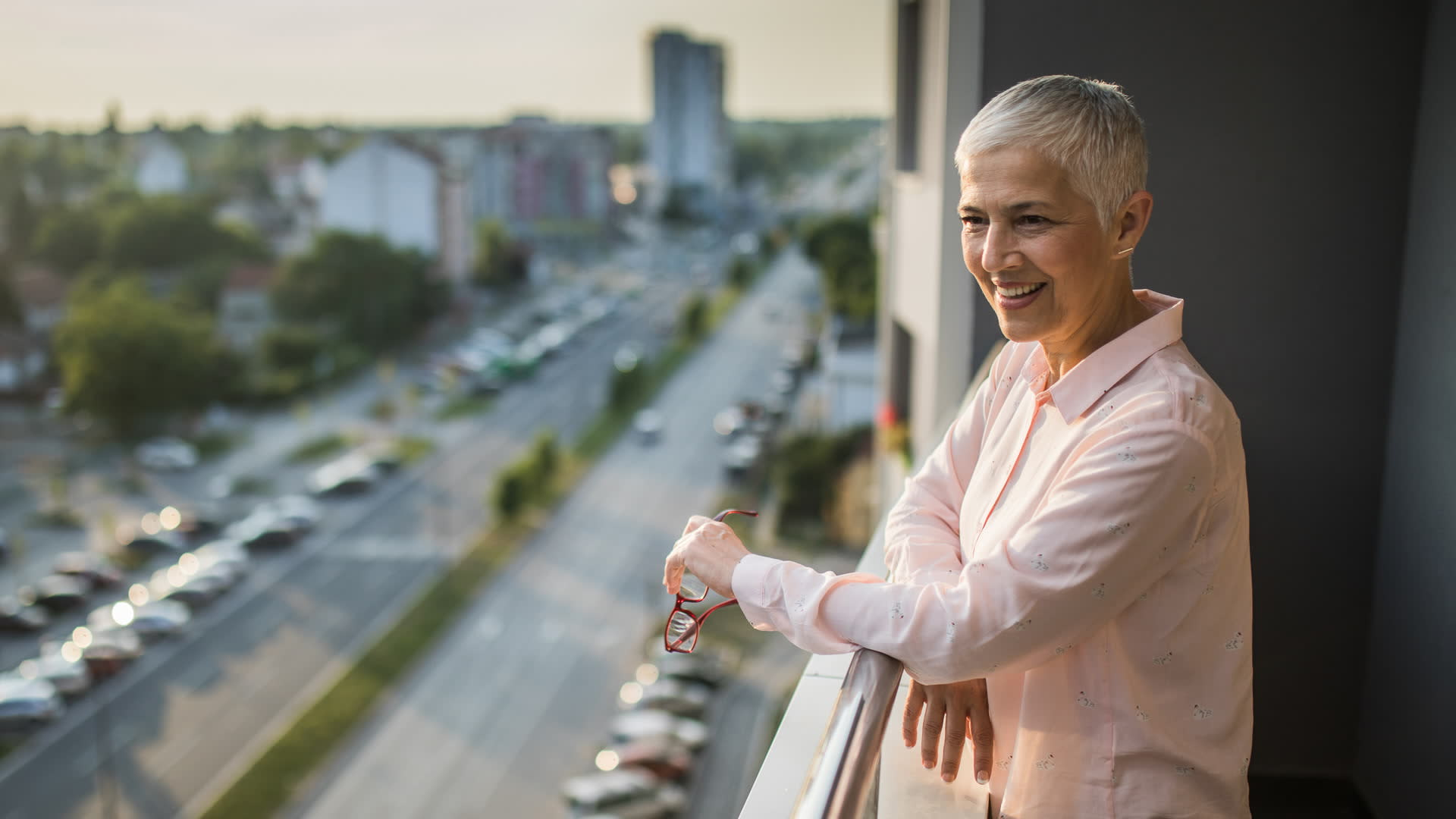 If you want to guarantee a happy, stable retirement, it’s important to start saving — and investing — now. Unfortunately, hidden fees can wreak havoc on even the smartest investment strategies. Along with consulting fees, you might find yourself dealing with fees to trade, fees to advise and even high taxes. Watch out for these 15 hidden fees so you can avoid wasting your money in retirement.

While financial advisors need to eat and pay rent just like anyone else, the rhetoric they use to express how much you’re being charged might be hard to decipher. Advisors often talk in “basis points,” which simply means tiny fractions of a percentage point. For example, 1% comprises 100 basis points, and 50 basis points are equal to 0.5%.

Depending on your investment, advisory fees can be some of the highest fees you’ll pay.

How Much Advisory Fees Cost

Many mid- to large-sized companies offer 401(k) plans, but many people who contribute to them don’t realize that these retirement savings plans aren’t free. Depending on the funds you select, you could be stuck with high expense ratios that will slowly chip away at your hard-earned retirement savings. And, these expense ratios might not be explicitly expressed to you.

Your expense ratio might be somewhere between 0.5% and 2%, which doesn’t seem like much. But, just as compound interest accumulates over time, so does a 2% expense ratio that’s working against you. So, when you’re picking funds for your 401(k), try to choose ones with low expense ratios.

Here’s one of the most important things to know before investing in mutual funds: 12b-1 fees are the annual marketing or distribution fees on some mutual funds, and they’re typically included in a fund’s expense ratio.

Initially, 12b-1 fees were introduced to help investors by marketing a mutual fund to yield higher assets and lower expenses. However, some experts argue that 12b-1 fees can bring down your returns instead of improving your fund’s performance.

In September 2015, the Securities and Exchange Commission filed proceedings against First Eagle Investment Management, an asset management company that allegedly used investors’ mutual fund assets improperly for payments to cover “marketing and distribution of fund shares.” According to The Wall Street Journal, “First Eagle dipped deeper into funds’ assets than allowed under a plan known as the 12b-1 plan.”

First Eagle had to pay $25 million to reimburse shareholders, plus interest and a penalty of $12.5 million, Reuters reported.

A type of insurance that pays out a fixed sum to the holder every year, annuities can be a great product for people who want to receive a regular income stream for the rest of their lives. But, this kind of contract can come with some hidden surprises.

Why Annuity Fees Can Cost a Lot

Some notoriously high fees include commissions by the people who sell the annuities. These charges can soar as high as 10%, reported CNN Money. There are also surrender charges, which come into play if you decide to withdraw money in the first few years. These fees can range from 7% to 20% in the first year. Additionally, annual insurance fees, investment management fees and insurance rider fees on annuities can cost you a significant amount.

Mutual fund fees can be broken down into ongoing yearly fees and loads, and both can seriously eat away at your returns. Ongoing yearly expenses usually include a management fee — between 0.5% and 2% of the assets, according to Investopedia — administrative costs and the 12b-1 fee.

Related: How Long Will $1 Million in Savings Will Last in Every State

It’s important to note that there’s no clear correlation between high expense ratios and high returns. In other words, even if your ongoing expenses are high, it doesn’t necessarily mean you’ll enjoy high returns.

Loads are typically described as front-end or back-end.

A front-end load is an expense incurred at the purchase of the fund. For example, a 3% front-end load on a $5,000 investment means that $150 goes toward the sales fee, and $4,850 is actually invested.

Back-end loads are deferred sales charges, or redemption charges, that go into effect when a fund is sold before a certain time. Back-end loads tend to decrease the longer you wait to sell the fund. According to Morningstar, back-end loads start at around 5% to 7% in the first year. They go down to 0% in the next five to seven years.

Look For No-Load Funds To Save Money

Not all mutual funds come with these kinds of expenses, so seeking out no-load funds where possible can help you keep more money in your investment accounts over the long run.

As you approach retirement age, taxes will likely become one of your bigger expenses.

Traditional 401(k) plans and individual retirement accounts can be tax-deferred, which helps maximize savings. But, when you withdraw from these accounts, you’ll have to pay taxes on that money. Interest earned through savings accounts is taxed at your normal income rate, and the income that some bonds generate might be taxable as well. Moreover, any profits from selling an investment are taxed at the capital gains rate.

Know Where To Put Your Money First

Before you start putting your money in taxable accounts, such as mutual funds and bonds, it’s recommended that you maximize your 401(k) and IRA options, reported Forbes.

Just because you think of yourself as retired doesn’t mean the IRS agrees. Once you’ve reached age 59 1/2, you can take the money out of qualified retirement plans, including IRA, 401(k) and 403(b) accounts, without incurring a tax penalty. But, if you withdraw money prior to that, the IRS adds a 10% penalty on the taxable portion of your distribution.

Exceptions to the Early Withdrawal Penalty

If an exception applies, you can avoid the early withdrawal penalty. For 401(k) and 403(b) accounts, IRAs allow early distributions to pay for higher education costs — including for your kids — and insurance premiums while you’re unemployed.

When you buy and sell shares, the brokerage charges you a fee for each trade. For example, both Schwab and Fidelity offer $4.95 trades.

When your financial advisor engages in excess trades on your behalf to rack up commissions and fees, it’s called “churning.” This practice is illegal, and you can report it to the SEC through the online complaint form. You’ll want to work with someone who won’t take advantage of you, so be careful when picking your retirement financial advisor.

How Much the Penalties Cost

If you fail to take the required minimum distributions after age 70 1/2, the IRS imposes a penalty equal to 50% of the amount that you didn’t take out. The payouts are designed to make sure you receive your retirement benefits during your lifetime, so do yourself a favor and make active withdrawals on time.

Annuity rollover fees are a hidden cost that many retirees might not notice. Not all annuities are created equal. Some might be tied to mutual funds — which are tied to the sometimes-volatile stock market — and others function through an insurance brokerage, promising fixed rates and guaranteed minimums.

If you’ve decided that it’s time to jump ship from your current provider, be sure you’re following the guidelines so you don’t get slammed with hidden annuity rollover fees, as well as other costs like higher expense ratios or administrative fees that you didn’t have before.

The IRS allows for tax-free exchanges of annuity contracts as long as they fall under the same tax status. For example, a simplified employee pension or a savings incentive match plan for employees can be rolled over into a traditional IRA because they’re both tax-deferred.

If the IRS doesn’t hit you with extra charges for rolling over your annuity, it doesn’t mean you’re home free. Companies might charge a surrender penalty if you sell or withdraw money from a variable annuity. Annuities are often structured in a yearly format, with the surrender penalties decreasing over time.

How To Handle Surrender Fees

This information is typically located toward the front of your policy, so before you make a switch, be sure to consult your plan. Very few annuity providers charge no surrender fees, so you should expect to pay them and, if possible, budget for them in advance.

Beware of being nickeled and dimed by your low-cost brokerage. There might be hefty fees associated with inactivity — it’s one of the reasons why a low-cost brokerage might not be the best option for your investments.

If you’re not trading frequently, you might see charges for inactivity and maintenance — which could land around $50 to $200 — in addition to existing fees to access data, trading tools and more. So, make sure you’re engaging in enough trades to be considered active.

Many employers offer a 401(k) matching benefit, but it might be costing you. Although the most generous companies foot the bill for administrative fees associated with managing your retirement plan, others might decide to opt out — which leaves you as the account holder to pay up.

Find a Retirement Plan That Works Better For You

If the management fee isn’t covered, consider getting out once your company match maxes out and taking your hard-earned dollars elsewhere, such as an IRA.

This fee won’t affect you directly, but it’ll hit your beneficiaries hard once you’re gone.

If there are any funds left over in your IRA after your passing, you might choose to help your children or grandchildren out as a final gift. However, the cash doesn’t come without a cost. When an IRA gets distributed after death, the beneficiaries are often hit with a tax burden — one that they are sometimes unprepared for.

Naming a trust as a beneficiary of your IRA could help safeguard your children who are disabled, minors or otherwise susceptible to creditors, according to CNBC. However, this isn’t an easy thing to do, so make sure you consult professionals like an accountant or an estate-planning attorney before attempting it.

Michael Keenan and Rachel Farrow contributed to the reporting for this article.

This article originally appeared on GOBankingRates.com: 15 Hidden Fees To Watch Out For in Retirement